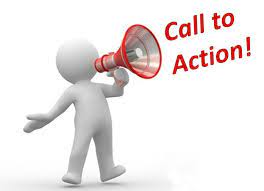 Despite the testimony of dozens of Spokane REALTORS®, the Spokane City Council has approved a measure to support a city council map that will gerrymander extra votes into city district #3.

SAR supported the efforts of the citizen led City of Spokane Redistricting Board in support of what’s been called redistricting map #1, which we believe offering the least impact to city residents.

State law requires the committee to select the option that provides the least amount of redistricting changes while maintaining current populations, follows traditional boundary lines, keeps neighborhoods intact, and does NOT change the political makeup of these council districts. REALTORS® strongly believed this map has the least amount of bias in representation.

Map pushed by council member with the most to gain

Unfortunately, the City Council has decided to push aside the citizen committee recommendation, will vote to approve a controversial map introduced by District 3 Council Member Zach Zappone. The map he introduced will dramatically increase his party’s representation, giving him a personal advantage in his next election. We believe this is patently unfair, if not a blatant violation of state law. The RCW over the rules of redistricting explicitly prohibit political redistricting, also known as gerrymandering, that redraws the maps based on political gain.