A review of the National, State and Local Governmental Affairs efforts in support of the Spokane Association REALTORS® and our customers 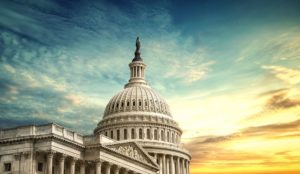 Nearly a decade of NAR efforts culminated in a Department of Housing and Urban Development announcement unveiling new Federal Housing Administration condominium loan policies. NAR is hopeful the changes will yield thousands of new homeownership opportunities and help increase access to credit, as condominiums are often the most affordable option for first-time homebuyers, small families and those in urban areas.

This rule extends certifications from two years to three and allows for single-unit mortgage approvals, among other reforms. After being officially implemented on Oct. 15, the changes are already being felt in many parts of the country where affordability and inventory concerns are the most significant.

While NAR continues to work toward long-term reauthorization and reform of the National Flood Insurance Program (NFIP), the group spent most of 2019 publicly lobbying for H.R. 3167, the NFIP Reauthorization Act of 2019. This legislation includes a five-year extension along with significant reforms to improve mapping, enhance mitigation and remove obstacles to private flood insurance, policy NAR believes “strikes a delicate balance between NFIP sustainability and affordability.” The bill was unanimously approved by the House Financial Services Committee earlier this year and is awaiting action in both chambers of Congress.

On the heels of the 75th anniversary celebration of the GI Bill, the Blue Water Navy Vietnam Veterans Act was signed into law in late June, increasing well-deserved resources for America’s veterans. This legislation eliminates the cap on home loans issued by the Department of Veterans Affairs and helps ensure our nation’s veterans have greater access to the American Dream of homeownership.

While NAR eyes GSE reforms that ensure responsible, creditworthy Americans can secure a mortgage in all types of markets, its work with Congress and the administration will continue until consensus on reforms that protect taxpayers, support homeownership and maximize competition is found. NAR believes the utility model it proposed earlier this year outlines the best possible path forward for the GSEs, and 2020 advocacy efforts will be shaped by its collaboration with policymakers to secure these positive, pragmatic system reforms.

Thank to efforts by the WaREALTORS, several key pieces of housing legislation have been signed into law by Washington Governor Jay Inslee.

Condo Liability Reform – (SHB5334) The Condo Liability bill has now been signed by the Governor. Thanks to great work from our Washington REALTORS® Condominium Work Group and some passionate members across the state, Washington REALTORS® was able to help pass condominium liability reform that continues to protect the consumer but adds a fairer standard that should encourage developers to start building condominiums again.

GMA Minimum Density – Increasing Residential Building Capacity (HB1923)  offers tax incentives to encourage residential and mixed-use development in urban infill areas. Signed by the Governor, this law now offers incentives to cities in 10 separate areas that includes grant money for planning and exemptions from SEPA rules. The cost of these grants would be covered by an additional $2.50 mandatory document reporting fee. This law also encourages cities to adopt growth policies that allow for additional density in a responsible way, including Accessory Dwelling Units, allowing duplexes and triplexes in single family zoning and cluster zoning or lot size averaging allowances.

The budget did include a new graduated Real Estate Excise Tax rate that goes into effect in 2020.

Residential Tenant Protections – An update to the residential landlord tenant act, (SSB 5600).  This measure increases the “notice to vacate” provision from 3 days to 14. Also, (HB 1440) has been signed into law, that requires landlords to give tenants 60 days’ written notice before they increase rent in most cases. Additionally, (HB 1462) a measure that would require landlords to give tenants 120 days’ written notice if they plan to demolish, relocate, or change the premises they’re renting has been approved by the Governor. These measures go into effect  July 28, 2019.

Seller disclosure – Two changes to the Seller’s Disclosure Statement are set to be made into law. The Working Forests notice (HB1011) that would be included with the right to farm disclosure goes into effect July 28, 2019. A smoke detector provision (SSB5284) has also passed and is awaiting the governor’s signature.

Tiny Homes – A measure (SSB5383) that allows for “Tiny Homes” has also passed and has been signed b the Governor. 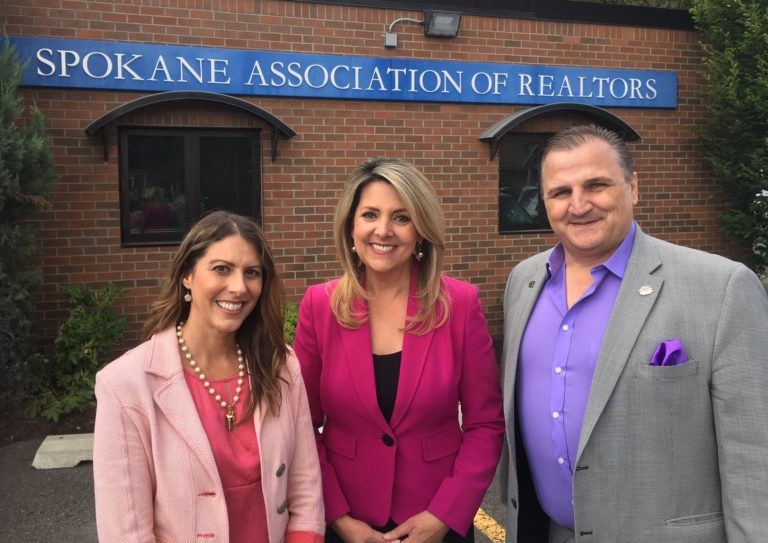 The 2019 Spokane Election efforts saw unprecedented support from the National Association of REALTORS®, due in large part to our growing housing crisis locally. In May, the GA Committee Interview team unanimously supported six candidates for their positions on housing, including newly elected Mayor Nadine Woodward. 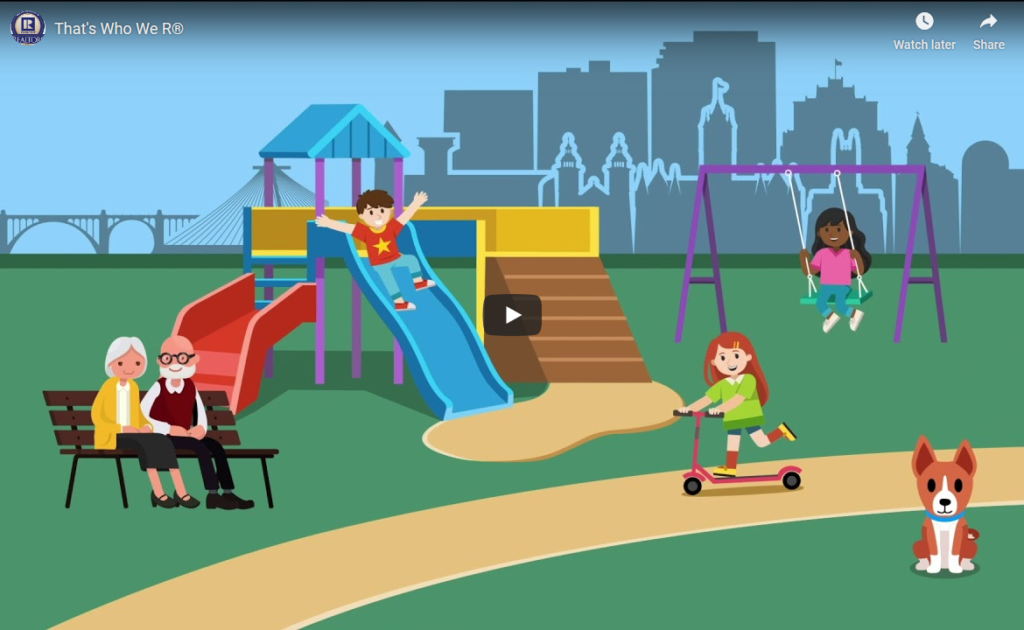 Thanks to an Advocacy Grant from NAR, the Spokane Association of REATORS developed and launched a tv advertising campaign that helped support our position of Who We R, working to find housing solutions for our community. 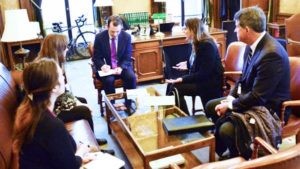 One key program of success lies with the way Spokane REALTORS® stay engaged with our elected representatives. The Washington Legislative Hill Day saw over a dozen local REALTORS® engaged in direct conversations about key issues that affect our members and their constituents. 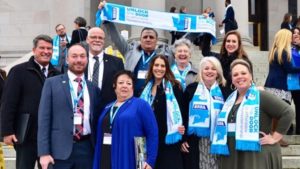 This year’s “Unlock the Door” advertising campaign resonated well with lawmakers as members descended on Olympia from all corners of the state wearing a signature blue and white scarf of support. Several times during the session, WaREALTORS reached out to our key contacts to help ensure legislation positions were best explained and to help reach compromise when needed.

Thanks to a grant from the National Association of REALTORS®, we sponsored a specialized training campaign called, “Transforming Neighborhoods: Strategies and Tools for Addressing Vacant, Abandoned and Deteriorated Properties.” This one-day training opportunity brought in a variety of experts from around our region to learn more about how to transform some 3,000 affected homes back to the marketplace. The key now is to reform this group as a working coalition to best find solutions for these homes that helps everyone. 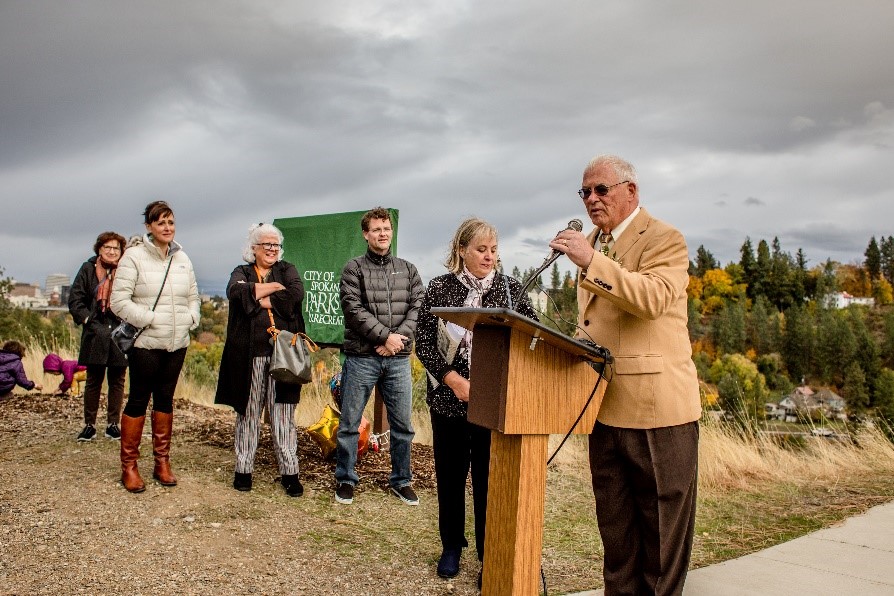 Thanks to a Placemaking Grant by the National Association of REALTORS®, we were able to be a part of the permanent recognition site for local leader Don Higgins, who has been a key figure in the West Central Community Center. This year, you will see a set of permanent chairs and tables at the overlook West of the Greenstone project that honors his work, thanks to your Spokane Association of REALTORS®.

2019 ended with a pair of emergency City of Spokane landlord/tenant ordinances that we believe would do more harm than good for both groups. We launched a successful Call-To-Action that resulted in dozens of phone calls, emails and messages to city council members that convinced them to postpone the vote until March to allow more opportunity for study and comment.

With a new committee eager to get to work, adding over a dozen new members, the 2020 Spokane Association of REALTORS® stands ready to work on several key initiatives for the new year that supports and protects out industry, while fighting for property and home ownership rights for our customers.

The upcoming legislative session offers both opportunities and concerns for REALTOR® members. With a shortened session, (60-days) the focus is expected to be on transportation issues following the passage of the $30 Car Tab initiative by voters.

There are a number of potential issues that may surface we will be watching for, including:

Additionally, we are hoping to get Wa REALTORS® behind two local measures:

We are working to keep this committee together working on key initiatives that can help move some 3,000 vacant and abandoned properties back onto the marketplace. Our goal is to meet again this Spring.

Here are some of the items we are working on:

We are working to visit U.S. Representative Cathy McMorris-Rodgers in her Washington D.C. office, to emphasize several key federal initiatives such as a permanent extension of the National Flood Insurance project, Fannie Mae and Freddie Mac funding changes, and FHA regulations.

With a series of State and County elections coming up, the Governmental Affairs Committee will work to engage candidates with a series of questions on real estate, and assess which candidates offer the best solutions for our key concerns, as they relate to: home ownership, private property rights, and favorable taxing and regulations toward the real estate industry and its practitioners. Members may consider Independent Expenditures to support those candidates selected.

The committee will continue its tradition of inviting key policy makers and local business leaders to meet and discuss our mutual interests.

We are exploring the option to host another local candidate training session. We have several REALTOR members who have expressed an interest in running for local office.